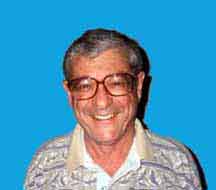 BA 1961 and MA 1963 University of California at Santa Barbara

International Voluntary Services, Inc. 1963-65 Laos. For the first year I lived and worked in the village of Borikane. on the Nam Sane river about 35 kms. north of the provincial capitol Paksane on the Mekong River. Here I learned to speak, read and write the Lao language. We helped the villagers build dug water wells, water seal privies, a school and a dispensary.

Upon my return home after 12 years working in the country of Laos, I decided to open a cabinet shop. 1975

Our family started with the birth of Katherine Gabrielle (Gaby) August 1975, then Timothy Kipp, January 1977 and Penelope Meg in March 1980.

Established Custom Wood Design later part of l975.
Design, create and build custom cabinetry and furniture.
Established a reputation for completing work on time, and doing it well.
Employed 6 cabinet maker / apprentices by l980. Several have established their own businesses, and appear to be quite successful.
Gradually shifted business emphasis to higher quality furniture and cabinetry
Began creating art work.
Started getting serious about wood turning.1982

Began teaching Woodworking, wood turning, cabinet and furniture making at TriCommunityAdult Education in 1990 http://www.customwooddesign.com/tri-community-1.html in West Covina, Ca. We are doing some amazing things. Many of my students are women, who are just beginning to discover the joys of working with wood. l990-2008 Retired.

Have applied for a patent on the Lewin Drill Press Clamp. I expect issuance of this patent, within the next week or so. Issued. I am no longer a patent pending. 1999 Woodcraft Supply is manufacturing and marketing it.Woodcraft no longer makes or sells it. I do.

I went on line, built a web site, and have now established my domain at www.customwooddesign.com. About 1998

Taught a course on Materials and Methods at Otis College of Art and Design. Spring 1998.
Published, A Woodworkers Glossary, Howard Lewin, 1998.
Made a mold of “Devil Colt,” a hand carved horse in Mahogany, casting him with Hydra-Cal and now resin.1998. Have made additional molds, Man and Woman, Platters, and Large Vases.No longer available.

1999 will be giving a series of lecture/demos at the Southern California Institure of Architecture. Affectionately called SCI-ARC.

Completed a course of study at California State University at Long Beach and was awarded my teaching credential. 1999

Making additional Molds of some of my work and having resin castings made from them. Art From A Mold. No longer in production.

A Woodworkers Pictorial Vocabulary for students who have absolutely no idea of what woodworking tools look like. 1998

A tape measure for beginners.

I am writing a book about my experiences in the country of Laos, 1963-75. Book is published. "Sunsets, Bulldozers, and Elephants:Twelve Years in Laos, The Stories I Never Told, 2004." http://www.customwooddesign.com/sunsetsbulldozers-2.html

Retired from teaching in June, 2008

In early 2019, sold most of my equipment and set up a small shop in my garage at home where I still turn wood.